The British Mercenaries of World Zionism 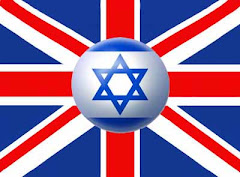 Death to the Rothschild-owned British regime. These sanguinary Imperialist maggots are sending 250 more troops to Iraq under the false "anti-ISIS" pretext, bringing the total number of UK occupier devils to over 500. There is no grouping of words sufficient enough to accurately describe how much I viscerally abhor the British Empire--which really should be called the Yiddish Empire as it was and remains a debt-ridden, blood-drenched gang of inbreds, mass murderers and pedophiles posing as "royals" who are absolutely beholden to International Jewish Capital.

Reasons for the hatred are rather elementary. "Great" Britain gassed, maimed, tortured and carpet-bombed Iraqis--including my paternal great grandfather and great uncle--in Southern Mesopotamia (Basra, Kufa, Najaf and Karbala particularly) who rose up at Sheikh Mahdi al-Khaleesi's (R.A.) behest in the Great Iraqi Revolution of 1920, set up a brutal monarchy that ruled over us, robbed our resources and gave them unfettered access to all our precious land and resources for nearly 40 years, assisted the CIA and the Mossad in overthrowing revolutionary leader Abdul Karim Qassem in 1963, backed Saddam Hussein's reign of sectarian despotism, served as the US ZOG's right hand in both the '90-'91 invasion and the '03 aggression, staged false flag bombings throughout their illegal stay on our soil in conjunction with the Mossad-P2OG nexus and played a crucial role in bringing Daesh into being with intelligence, arms, training, media love and political support, with the proverbial icing on the cake being the "bomb-detecting devices" that London gave to Baghdad in order to stop the suicide blasts and vehicle explosives turning out to be totally fraudulent.

There is nothing remotely good that can ever come from continued ties with the UK ZOG, our historical enemy and oppressor. And the fact that Haidar al-Abadi along with the entirety of the corrupt, inept, kleptocratic Iraqi government go out of their way to serve our tormenters is embarrassing in too many ways to count. And y'all wonder why the Iraqi Shi'a of the South protest against this worthless regime? Having the Brits "help" in the fight against terrorism that they helped create is like holding a conference on the rights of the indigenous and asking the 'Israeli' cancer to chair the event. Like the Americans, the British mercenaries of World Zionism MUST leave Iraq, for their presence is nothing but a guarantor of perpetual destabilization, agony and bloodshed throughout our homeland. After more than 100 years of conflict with this arrogant, Zionist hellspawn, we really,