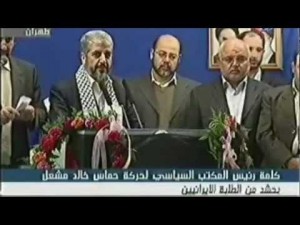 The Hamas official further described the one-day event as a positive step toward supporting the Palestinian nation and resistance in the face of the Tel Aviv regime’s atrocities.

He emphasized the need for piling more diplomatic pressure on Israel to further isolate it, saying such a measure would put an end to Tel Aviv’s acts of aggression and strengthen anti-Israel resistance among the Palestinian people.

The Hamas official further slammed the Israeli regime for violating previous temporary truce agreements and said such behavior revealed the true face of the Zionist enemy.

The Israeli military aggression has taken the lives of more than 1,860 Palestinians, mostly civilians, and wounded over 9,500 others in Gaza since July 8.

Check out this link showing Islamic Jihad thanking Iran and Hezbollah for supporting the resistance: