Karasik: "Clean, Easy and Efficient”
Theodore Karasik, a "security expert" at the Institute for Near East and Gulf Military Analysis in Dubai, said the assassination on January 11 of Mostafa Ahmadi Roshan, 32, a professor at a technical university in Tehran, and a department supervisor at Iran's Natanz uranium enrichment plant, by a bomber on a motorcyle, "fit a pattern over the past two years of covert operations by the West and its allies" to “degrade and delay” Iran’s nuclear program. The assassin attached a magnetized explosive device to the scientist’s car and escaped during the rush hour in northern Tehran. Mr. Karasik, formerly of the RAND corporation, said magnetic bombs were used in covert operations, describing them as “clean, easy and efficient.”
According to the New York Times, the Jan. 11, 2012 bombing "resembled the methods used in attacks in November 2010 against two other nuclear scientists — Majid Shahriari, who was killed, and Fereydoon Abbasi, who survived and is now in charge of Iran’s Atomic Energy Organization.”


(Other than in initial dispatches published in 2010, in follow-up reporting the New York Times and most of the American media have omitted the fact that Prof. Abbasi's wife was wounded in the 2010 terror bombing of her husband’s car. She is only Iranian however, and therefore just collateral damage. In line with Talmudic halacha, Mrs. Abbasi does not qualify as fully human the way the wife of an Israeli scientist would be if the Zionist state’s nuclear weapons program was under attack and an Israeli scientist’s wife had been injured. In that case, the Israeli lady's injury would be repeated in all subsequent reports). 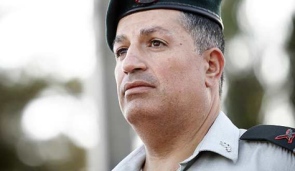 Israeli military spokesman Brig. Gen. Yoav Mordechai, said of the Jan. 11 terror bomb that killed Prof. Roshan, "I am definitely not shedding a tear,” Agence France-Presse reported. The world is expected to shed copious tears however, when Islamic bombs strike Israelis or Americans.  (Mordechai was formerly a member of the Israeli “Golani Brigade.” Golani troops committed war crimes against Lebanese civilians during the Israeli invasion of Lebanon in 1982).

Last October the U.S. government accused Iranian agents of a heinous conspiracy to assassinate the Saudi Ambassador in the United States, supposedly using Mexican drug cartel hit-men. The spectre of the alleged plot caused widespread moral revulsion and denunciation of Iran across the American media, and even calls for war with Iran from American politicians.

Will U.S. media and politicians denounce today's assassination of another Iranian scientist? Will Prof. Mostafa Ahmadi Roshan's murder by car bomb result in calls for a Congressional investigation of Israeli and American covert terror operations? Or will the January 11 terror bomb planted by one of our assassins (or that of our “allies"), be applauded? How is it that western terror-bombing and assassination are morally permissible?  Can anyone answer?


***
Michael Hoffman is a former reporter for the New York bureau of the Associated Press and the author of numerous books including Judaism Discovered and Judaism’s Strange Gods. His writing is solely funded by donations from readers and the sale of his books, “Revisionist History” newsletters and recordings.
http://revisionistreview.blogspot.com/2012/01/is-western-terror-bombing-of-iranians.html
Prev Next

WHY ask the question?

Has not the US proved herself six million times to be the biggest scum on planet earth?

Whether we like it or not, the world is gravitating towards faith in the
Almighty and justice and the will of God will prevail over all things.

Posted by the FINAL CALL (Nation of Islam)