Why Shayrat base was targeted? 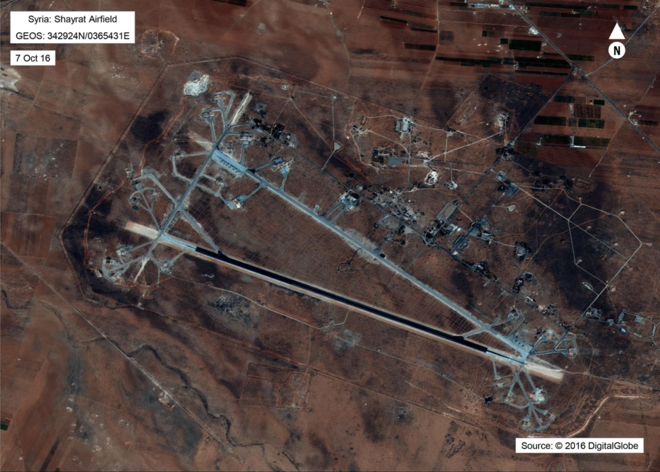 Why was this particular Syrian base attacked, with no evidence, no investigation but rushed to bomb? Really is Trump that stupid and did not learn anything from Bush and Obama before him? Why is the Zionist media praising him although as they claim Trump's attack did not do much damage? It was to protect Israel!

The reason why Trump attacked the Shayrat base is because that is where Syria shot down the Israeli plane and drones a few weeks ago that attacked Syria from. This is helping to fulfill what the Israeli war mongering Defense Minister Avigdor Lieberman's said about shutting down Syria's air defense.