The Abnormality of Homosexuality - Imam WDM 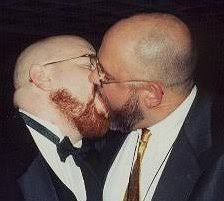 "We have come to a time when the culture that we call American culture is rotten, poison through and through. In fact, I think that those who describe American culture as a drug culture, are really being very mild. America's culture is now a sick and perverted culture. It is a blind and self-destructive culture that turns the destructive forces inward and destroys the best that is in the American life. So, the best way to survive in America today is to go against America's cultural atmosphere. If you are not against it, you will be destroyed by it. But, that is freedom in America—that is freedom, "American Style." The purpose of the great experiment has been to determine just how much freedom can be allowed, and just what will happen if people are left to do whatever they want.

Just a few years ago, people didn't think that equal rights meant equal rights for gays. At that time Americans could have accepted equal rights for women because that is natural. I realize that this may be offensive to some people, but I don't hate anyone because he or she is gay. I just don't see their way of life as being normal. I have been trained to believe that what is normal is that which is established in nature, and it is not established in nature that the human being is homosexual. Nature has established that the human being is male and female. Although there may be an occasional development or presence of homosexuality, that is not the norm. And if it is not the norm in nature, it is unnatural.

The new way of thinking today claims, "Anything that happens is natural," That is not the way I was brought up, nor the education I received when I was young. We were taught to judge whatever normally occurs in nature to be natural, and the accidents or deviations of nature to be unnatural. That is how I was brought up, and I am going to hold onto that kind of thinking even if it kills me. I prefer to die that way. I must say again that I do not hate gays. In fact, I sympathize with them. It's a wonder we do not have more gays when we consider the way masculinity is treated in this society."