The role of women in Al-Islam is one of the most misunderstood and vilified roles in the West. Many believe that as a result of women wearing Hijab, that Islamic women are oppressed and are forced to be subservient to Muslim men. Little do they know that the Qur’an teaches that both men and women can attain the same levels of mental and spiritual development. It does not make the woman a lesser creature than man in respect to mental and spiritual capabilities. Al-Islam gave women the right to vote, to own properties and to initiate divorce 1400 years ago long before women in the western world got those rights in the 1920s during the suffrage movement. The Qur’an prescribes modesty for both men and women, not a specific dress covering. The Burqah and Abiyah are cultural expressions with the obligatory wearing of the veil being introduced into Islamic culture -- under the influence of the Greeks of Christian Byzantium -- more than 300 years after the passing of Prophet Muhammad (saaw).  Interestingly though the largest number of converts today to Al-Islam are women. This section will help elucidate the role of women in Al-Islam for correct understanding.

Women in Islam - Pointers for the Western mind

Many people are both misguided and confused regarding the treatment of women in Islam. They believe the wrong media portrayal of Muslim women and they confuse Islam with male chauvinistic actions that are not supported by teachings in Islam or the example of our Prophet (saaw)*. What I would like to ask them is: Have you ever studied Islam and seen for yourself what it teaches about the treatment of women? Most have not. But yet some westerners speak and write as authorities based on the false propaganda broadcasted in the media and the poor examples of some Muslim men portrayed in the Islamic world. The following will help present a few facts regarding how Muslim women are viewed and treated according to the teachings of Islam:

1.       The Prophet Muhammad (saaw) taught that the Muslim father who educates his daughters will go straight to heaven. Why did he have to say that? He was coming from a society that buried their female baby daughters alive and thought that it was only great to have sons. Allah blessed the Prophet to abolish that practice with the teachings of Islam. Also it shows the value that Allah places on the importance of women being educated. It shows that Islam expects contributions from women in society.

Read more: Women in Islam - Pointers for the Western mind

Why the Jews and NWO Hate and Fear the Hijab 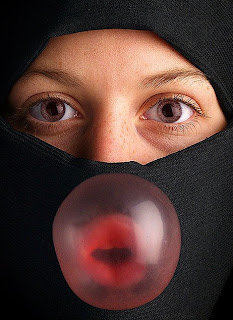 The Western media portrays Muslim women wearing a hijab as weak, with scared eyes. Always the black hijab, eyes pleading for help from the western readers. Never once have I've seen a picture in a newspaper of a smiling Muslim woman wearing a colorful hijab. Head-coverings have been worn throughout history by billions of women around the world including Europe.

I maintain this modern fuss over the right of a Muslim woman to wear her scarf is an issue of racial and religious prejudice, perpetrated by TPT who are intent on rousing the hatred of people for each other, villianizing the Muslims, for their own disgraceful causes, mainly fueling of emotions to bring about international war or, as many refer to it as, the Apocalypse.
4 comments

Read more: Why the Jews and NWO Hate and Fear the Hijab

LONDON: On July 15 1099, the Crusaders from western Europe conquered Jerusalem, falling upon its Jewish and Muslim inhabitants like the avenging angels from the apocalypse.
In a massacre that makes September 11 look puny in comparison, some 40,000 people were slaughtered in two days. A thriving, populous city had been transformed into a stinking charnel house. Yet in Europe, scholar monks hailed this crime against humanity as the greatest event in world history since the crucifixion of Christ.
The Crusades destabilized the Near East, but made little impression on the Islamic world as a whole. In the West, however, they were crucial and formative. This was the period when western Christendom was beginning to recover from the long period of barbarism known as the Dark Ages, and the Crusades were the first cooperative act of the new Europe as she struggled back on to the international scene.
Add new comment

Analysis of the Quranic Verses

The following is an attempt to shed light on the misconceptions regarding the dress code of women in Islam, many of which find root in the vocabulary used in the verses themselves. The meaning of the words put to use in the Quran has been effectively manipulated in order to contort the true meaning of God’s words and justify the practices of Islamic tradition.
2 comments